Armed opposition militiamen stormed government headquarters in the southern Soviet republic of Georgia on Sunday, sparking a fierce battle that raged for hours in the center of Tbilisi, the capital. At least 17 people were killed, according to Russian Television.

The opposition demanded the resignation of President Zviad Gamsakhurdia, who was elected by a landslide in May but has since been accused by opponents of behaving like a dictator, refusing to make democratic reforms and engaging in human rights abuses.

Besides calling for Gamsakhurdia’s resignation, the opposition also demanded freedom for political prisoners and an uncensored press, according to reports by the Tass news agency.

A defiant Gamsakhurdia, broadcasting from the besieged building, went on republic television late Sunday and scoffed at an opposition offer to escort him and his family safely out of Georgia if he resigns, the independent news agency Iprinda reported.

These protests have often flared into violence since Sept. 2, when five people attending an anti-government rally were wounded by gunfire from troops of the Georgian Interior Ministry.

Also on Sunday, demonstrations took place in Moscow and in St. Petersburg, the Russian Federation’s two largest cities, with pro-Communist hard-liners rallying against sharp rises expected soon in prices for food and other consumer goods.

The hard-liners carried pictures of former Communist leaders and protest signs and shouted against Russian President Boris N. Yeltsin and the new Commonwealth of Independent States that Yeltsin played a key role in achieving. Their main target was Yeltsin’s plan to lift price controls beginning Jan. 2 as part of a drive toward a free-market economy, a move expected to send the cost of many commodities soaring.

As opposition leaders in Georgia continued to attack the government building in Tbilisi with mortar and cannon fire, they said confidently that “the government will be deposed within hours,” Tass reported late Sunday night.

A spokesman for Gamsakhurdia told Tass that heavily armed militiamen launched the attack early in the day and seemed determined not to give up until they overthrow the government, whose defenders in the fighting include loyalist national guardsmen.

‘All of this can only be described as an attempted coup d’etat,” the spokesman said.

Firing calmed down in the early evening as the government and the opposition met for a brief session of negotiations. Opposition leaders demanded that Gamsakhurdia resign, but he refused, so the attack resumed, Tamara Chiza, a local journalist, said by telephone from Tbilisi.

“At 9:30 p.m. local time, a storming of the House of Government commenced,” Tass reported. “Massive rocket-artillery shelling is going on. Several explosions and bright flashes were seen inside the building.”

Government officials broadcast repeated appeals for help on radio and television, according to journalists in Tbilisi, and the numbers of fighters grew to several hundred armed men on each side.

Several armored vehicles repeatedly fired at the government headquarters, and opposition militiamen stationed on the roofs of buildings across the street continually fired machine guns at the headquarters. Rocket and artillery were also being fired at the building, Chiza said.

Late Sunday night, Tass made this assessment: “Now we can say with full assurance that a serious armed attempt at a coup d’etat has been taken. This happened because Gamsakhurdia was unwilling to enter any negotiations with the forces of opposition or to compromise with them in some of their demands.”

Georgians were able to watch the drama unfold on their television screens because local television journalists were able to broadcast fresh video footage from the scene of the fighting--Rustaveli Prospekt, Tbilisi’s grand, tree-lined main avenue. But several times the television, which was broadcasting from inside the government headquarters, went off the air.

“Did you see what the television shows from Yugoslavia?” Teya Doraselyan, a spokeswoman of the National Independence Party of Georgia, asked in a telephone conversation. “We have the same going on on Rustaveli Prospekt. Shells explode every second.

Georgia is the only one of 12 former Soviet republics that has not yet joined the Commonwealth of Independent States. Eight republics on Saturday signed the commonwealth pact, which was drafted and initially proclaimed Dec. 8 by the Slavic republics of Russia, Ukraine and Belarus.

Leaders of the forces besieging government headquarters Sunday were Tengiz Sigua, a former prime minister of Georgia, and Tengiz Kitovani, the former head of the national guard. The two once belonged to Gamsakhurdia’s government, but they split with him in late August.

Andrei Ostroukh, a researcher in The Times Moscow bureau, contributed to this report. 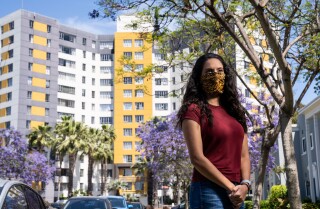 Housing & Homelessness How coronavirus has upended life for thousands at California’s largest apartment complex Nowhere in L.A. are the logistical, financial and health complications of the coronavirus on greater display than at the huge complex Park La Brea. Travel What’s open and closed this long weekend: Beaches, parks and trails in Southern California 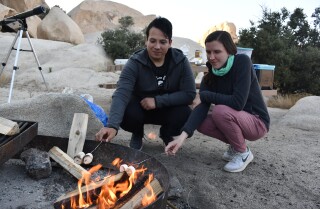 California He was a Hollywood darling for fighting dog meat trade. Butchers say he staged killings; he denies it Activist Marc Ching, whose work won support from Joaquin Phoenix, Matt Damon and other celebrities, denies paying butchers in Asia to harm dogs.More Coverage Animal rescue charity with star-studded support has ‘troubling’ financial practices, experts say Why the dog meat trade persists in Indonesia, despite consumption being illegal California California beaches back in business: People ‘don’t want to be trapped at home’ 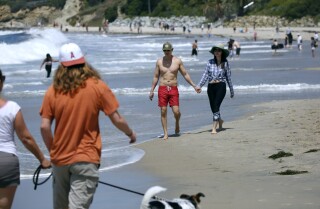 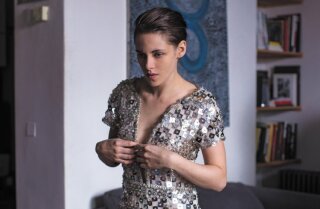